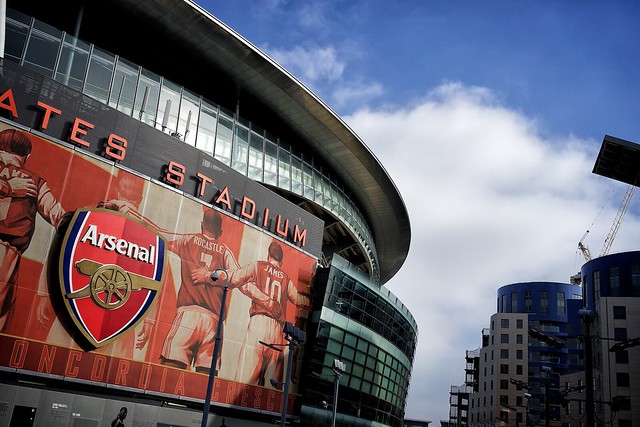 How do you choose a sports team? Some simply find you. I’m a Detroit Tigers fan, even if I don’t follow baseball, and a Detroit Lions fan, because that’s where I grew up. I’m a Detroit Pistons fan when they’re relevant even if the sound of sneakers squeaking on the hardwood floors drives me mad, and I’m a Detroit Red Wings fan because I inherited that from my mom and my grandpa.

I’m a Nashville SC fan because the club (soccer – or football – teams are clubs if we’re being proper) started just as I was looking for one, and it was the first time Nashville truly felt like home. (Even if I don’t actually live in Nashville.)

But I’ve always wanted an English Premier League club, and during my first search I selected Arsenal. I could tell you that it was because Fever Pitch (the book and original movie version) was about the them. I could say that it was because I looked at all the clubs in the league at the time and decided, yes, that’s my club. But mostly my friend Jon chose Arsenal after looking at all the clubs, and I backed up my decision to follow him with Fever Pitch.

Then I learned Liverpool had a great tradition of singing “You’ll Never Walk Alone” and I regretted my decision to support Arsenal. Tottenham has a cockerel on their crest and it was better than the Arsenal cannon. Leicester City was promoted in 2014 and I chose them as my “recently promoted club” to cheer on from instant relegation, then in the 2015-16 season they were the champions. Football is weird.

Then as seagulls are my favorite bird, I started supporting Brighton & Hove Albion this past season, while also cheering on Liverpool because you’ll never walk alone and Tottenham because I liked the rooster.  Arsenal was a hard club to cheer on. Arsène Wenger may be a legend, but I became a fan long after the glory years. So in the back of my mind I always offered,  maybe when Wenger leaves, I’ll follow Arsenal again.

Wenger’s gone now, and I found myself inexplicably drawn back to a club I never knew I loved until I’d left them. So after considering this for a bit, I decided to forget all those clubs I’d been flirting with over the past few years and go back to my first love. Arsenal.

Is there any rhyme or reason to it? Not at all. That’s the beauty of love. It doesn’t always make sense nor does it have to.

Would Arsenal have me back?

Of course it will, it’s a football club.